The first big break for retirees in the 2018 tax reform, and for just about everyone, is lower tax rates. 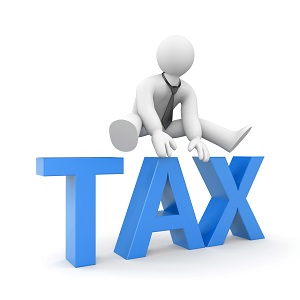 While this will hopefully create jobs and boost the economy (as Republicans in Congress gave a huge tax break to corporations), our analysis shows that there is plenty of great news in the final tax reform rules for retirees.

Here’s a quick look at the change for our couple Mr. and Mrs. Miller, age 65, both retired.  Their taxable income is $85,000 from a combination of pensions, Social Security, dividends, and interest.

So you have about $2,200 more to spend, automatically, under the 2018 Tax Reform, thanks to your president and the GOP.  But the lower tax brackets also allow you to take tax-saving actions which are now less expensive.

Convert to a Roth IRA 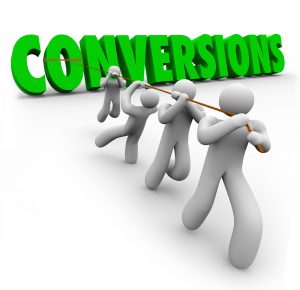 You may have considered converting your traditional IRA to a Roth IRA.  The benefit of the Roth is that the account would continue to grow tax-free with no requirement to ever take distributions during the IRA owner’s lifetime.  The trade-off, however, is that you need to pay income tax at the time of the conversion.  For the married couple above, that conversion is 12% less expensive with regards to federal tax (now 22% rather than 25%).

Additionally, if the account owner dies with a balance in his Roth IRA, the beneficiaries inherit the account tax-free.

Of the few negative details in the tax code changes, one impacts Roth IRAs.  Previously, you could convert an IRA to a Roth IRA and then later change your mind until you filed your tax return (which could be as late as October 15 of the following year, with extensions).  This provision was a nice benefit for those who had a drop in their IRA balance as they could undo their Roth conversion.  No more. 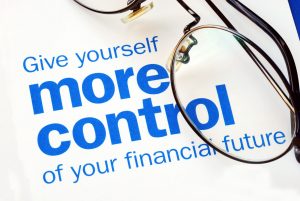 Bill and Linda are both retired, have large IRAs, and are age 60.  Their taxable income will be $50,000 this year.  They are in the 12% tax bracket.  Bill had a significant 401k which he has rolled over to an IRA, now worth $500,000.  He expects that by the time he must tax distributions at age 70 ½, his IRA could be worth $1 million.  He worries that he will need to take big distributions from his IRA. And those larger distributions incur a higher tax rate.

The solution is to take small distributions each year, starting now.

The tax law extends the 12% tax bracket up to $77,400 for couples filing jointly.  The couple, therefore, has room for additional income within their 12% tax bracket.  Thus, Bill and Linda could convert $27,400 worth of their IRAs to Roth IRAs this year and thoroughly use up their 12% tax bracket.   They should continue to do this every year to minimize the value of their traditional IRA when Bill turns 70 ½.  By having a smaller IRA balance at that time, he will not be exposed to higher tax brackets resulting from large distributions.

The federal income tax rate on the $27,400 conversion will be 12% ($3,288).  And after Bill and Linda hold the Roth IRAs for five years, they can withdraw the money tax-free.  Each year they will repeat the process and continually shift a large portion of their IRA to a Roth.  They never need to take distributions from their Roth as the tax law does not require it.

If Bill and Linda wait until they were 70 ½ and subject to required minimum distributions with no planning ahead, the withdrawals may have pushed them into a higher marginal tax bracket.  They will pay more tax during their lifetimes.

The third and likely overlooked benefit is that you will likely never see tax rates in the United States lower in your lifetime.  While everybody likes these lower rates, they can certainly lead to economic problems in a few years.  Here’s what the state of Kansas learned when they cut personal tax rates: 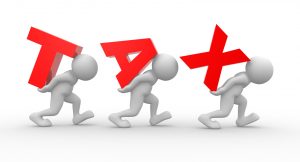 It is this author’s opinion; income tax rates will rise significantly from here.  Therefore, making Roth IRA conversions or early minimum distributions are smart moves for those age 60+.  As with any political party’s agenda, the Senate Republicans want to look good now and worry little about problems they may cause in the future.

Let’s say that in your retirement, you run a small business or you do some consulting, or you generate earned income in some fashion.  Typically, people report that on their tax return on Schedule C of their tax return.  However, the final tax reform gives such retirees an additional benefit if they convert their business from a sole proprietorship into a pass-through entity (LLC, subchapter S Corporation, etc.).

Let’s assume you’ve been doing consulting each year and earning $30,000.  You have reported that on your tax return.  If you convert that business to an LLC, you will be able to deduct 20% of the earnings, in this case, $6000, from your income at year end.  Four our married couple above, the Millers, this would save them $1320 (22% tax bracket x $6000 deduction).  While not a windfall, this pays for a couple of cross-country plane tickets to visit the grandchildren.

By the way, anything you read that makes converting your business to an LLC as difficult or expensive is incorrect.  The paperwork is straightforward and described online for your State.  Alternatively, some companies will prepare your forms for $50.  After that, you must file a separate tax return for your LLC annually.

There are limits, however, including a phaseout for the deduction that begins at $157,500 of individual income and $315,000 of income for couples filing jointly.  The idea is to limit high-earning professionals (physicians, attorneys, etc.) from getting too much benefit. 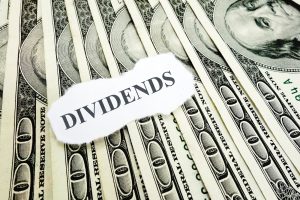 Retirees benefit from yet another aspect of the pass-through framework.  Real estate investment trusts (REITs) are pass-through entities in that they pay out 90% their earnings to shareholders. Therefore, REITs typically pay high dividends and many retirees own REITs for that reason.  Any REIT shareholder will now get the 20% reduction in income from REITs.

Most retirees benefit from the change in the Standard Deduction

Few people age 65 and over itemize their deductions.  That makes sense as many people age 65 have paid off their mortgage (and thus have no mortgage interest deduction) and have modest incomes thereby making the deduction for State income tax small.  When IRS studied itemization in 2007, only 15% of such taxpayers itemized.  The other 85% took the standard deduction.  Tax reform has provided an increase in the standard deduction providing a great benefit to those retirees.  However, everyone lost their exemptions. Let’s take a look. 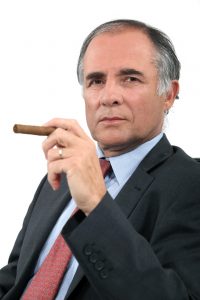 People concerned with estate planning tend to be age 60+. Therefore, the change in the estate exemption is of most interest to retirees.

Here is the change in the amount exempt from estate tax per person:

Few people have the wealth that could benefit from this change other than land-rich farmers and business owners.

Before 2018, when selling a policy, the seller needed to report as gain the difference between the sale price and cost. You would think that the policy cost would be the premiums paid.  Not so said IRS.

Only a portion of Social Security benefits is taxable.  However, in many cases, retirees can engineer their investments to reduce or even eliminate taxes on Social Security.

Normally, using IRA money to make a charitable contribution is a two-step process.

Step one is to take an IRA distribution and report it as additional income on your tax return. Step two is to make a charitable donation and categorize it as a deduction (subject to limitations).

First, such a direct contribution avoids having to take an IRA distribution and report it as taxable income. Adding amounts to income can cause problems as causing more Social Security benefits become taxable.

Secondly, fewer people will find it advantageous to deduct charitable contributions under the 2018 Tax Reform.  To get a charitable tax deduction, one must itemize deduction on their tax return. Fewer people will itemize because taking the standard deduction has become a better choice than itemizing deductions.

The qualified charitable distribution solves both problems, and as it is available to only those age 70 ½ or greater, it is a genuine retirement tax break.

Early in the 2018 tax reform proposals, congressional members considered limiting the tax-free advantages of municipal bonds.  For example, one suggestion was to cap how much tax-free income one could claim based on income.  Those at higher income levels would lose the tax advantage.  This proposal never made it into the 2018 tax reform legislation.

Unless otherwise noted, photos courtesy of (c) Can Stock Photo

You Pay More Taxes Than Necessary

And we guarantee your CPA has never told you The problem with paying taxes is that most people overpay. So if you are concerned about having enough in retirement, you must stop overpaying taxes. I know you think your CPA takes care of this for you. WRONG. I AM a CPA (retired) and I can tell you that 90% of CPAs do nothing more than enter your information into the little boxes on the tax return but NEVER tell you how to pay less next year. Why? Many of them simply do not know what we can show you. In ten minutes.
Get Your Copy Now - 6 Ways to Cut Retirement Taxes